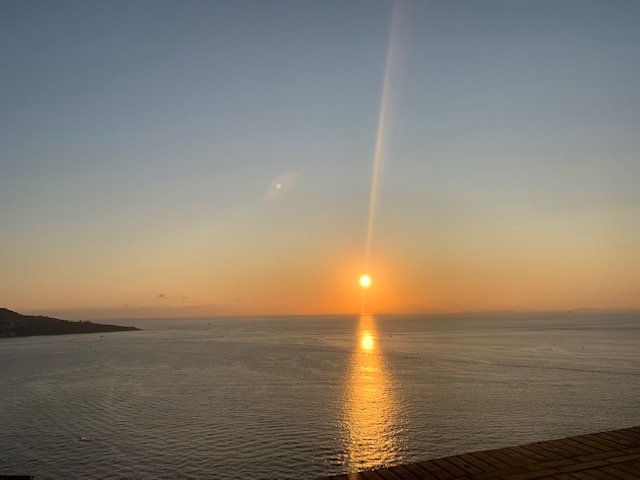 All Things Work Together for Good – God

With God, there are no coincidences.  Everything is according to His plan and purpose. “Heaven is My throne and earth is My footstool” the Lord says – Isaiah 66:1.  Since God is Spirit, there’s no specific location, power, throne and authority to His work, will or purpose.  God is in all realms of the Spirit in all places and all at times. The other side to this is a mystery, yet revealed, “In Him we live, we move and have our being” Acts 17:28.

We too find ourselves in spiritual realms in God.  Therefore, we cannot say as the world would, “We find ourselves in the wrong place at the wrong time.”  God is never wrong, He is righteous and full of truth, and He’s holy.  He functions outside of man’s time zones, popping up in places at specific times to fulfill His eternal purpose and bring our destiny into fulfillment.  So, when it seems we’ve been in the wrong place at the wrong time, instead of becoming flustered and annoyed, let’s turn into God’s appointed times and movements to engage Him.  You see, “All things work together for good to them who love God, and to them who are called according to His purpose – Romans 8:28.

“If only you could recognize this day of peace that is within your reach,” Jesus said to the people of Jerusalem as He wept over the city’s need for peace – Luke 19:42.  One crisis runs into another.  Uncertainties loom over the world.  We do not know what is next in line to take and rob us of our peace.  The conclusion is, things are bad but we are not in the wrong time or place in history.  We are right where God has us.  Look for Him!

Jesus was on the way to Golgotha with a very heavy cross on His shoulder and back.  He was carrying the weight of man’s sin to put it away for good.  It was not for Himself, but for humanity in a lost and dark place.  The grief, agony and excruciating pain He felt was hard for Him to bear up under the load of sin and the heavy wooden cross.  As He made the journey, he fell to the ground.

As soon as this took place, the soldiers knew that Jesus must get to the top of Golgotha.  They had no intention to help Him get back to His feet and finish the journey and finally be crucified.  The soldiers looked around for someone to assist. There in the crowd of people was Simon of Cyrene.  Cyrene being modern day Libya. He was compelled by the soldiers to assist Jesus with His cross.

Would we say, “Poor Simon, He found himself in the wrong place at the wrong time.”  Simon himself might have said, “What is this I find myself in?  I am from Cyrene and just visiting Jerusalem, not knowing what is going on with this crowd of people.” Continuing, he might have thought, “I just stepped aside to see what was going on, and suddenly, I am drafted and compelled to help bear this cross.  I don’t even know why this man is going to be crucified?  What has He done in order to be taken to this place called, Golgotha?”

This is a typical example of one’s attitude when caught in an unexpected and negative situation. Bottom line, according to the natural, some would say, I found myself in the wrong place at the wrong time.  But for God’s divine purpose, and Simon’s destiny, this place becomes the turning point for Simon’s life.

Simon lifted up the dragging end of the cross and he and Jesus together carried it to the place where Jesus was crucified. The Son of God became the sacrificial Lamb.  Hopefully, this seemingly forced responsibility placed upon Simon in a critical moment, could have him say, “Lord, I am not sure what this means, but I trust you with my life!  This will make sense somehow down the road.”

So many have helped many others in times of need but this was different.  His action paints the beautiful picture of a prophetic word the Lord Jesus spoke in one of His teachings on a principle of the kingdom realm, which speaks to the cost of discipleship.  He said, “This is the price you will pay to be considered one of my followers.  Anyone who comes to Me must be willing to share My cross and experienced it as his own, or he cannot be considered to be one of My disciples.  So don’t follow Me without considering what it will cost you” Luke 14:26b-27 — TPT

Simon was in the right place at the right time.  Though not part of his choosing, he symbolically represented all those who have made the decision to whole-heartedly commit themselves to follow the Lord.  Living in light of Jesus’ words, Simon physically demonstrated Jesus’ word to His followers what it means in the spirit for all those making the conscious decision of cost to follow the Lord.  Following Christ is to share His cross, “For me to live is Christ, and to die is gain.”  The cross is a symbol of suffering, pain and sacrifice.  The Lord bore His cross and invited us to take up ours and follow Him –Matthew 16:24-26.